Two of the major music magazines in Italy, Blow Up Magazine and Rockerilla and one the prolific blogs Music Won’t Save You and Triste Sunset rewieved our Buck Curran’s Immortal Light.

Buck Curran will be touring in Italy in fall 2016, to check is dates you can go here

“Glittering fingerpicking as ever.
His voice has the power, the force, the depth of those who have reached a more than respectable maturity”
Blow Up 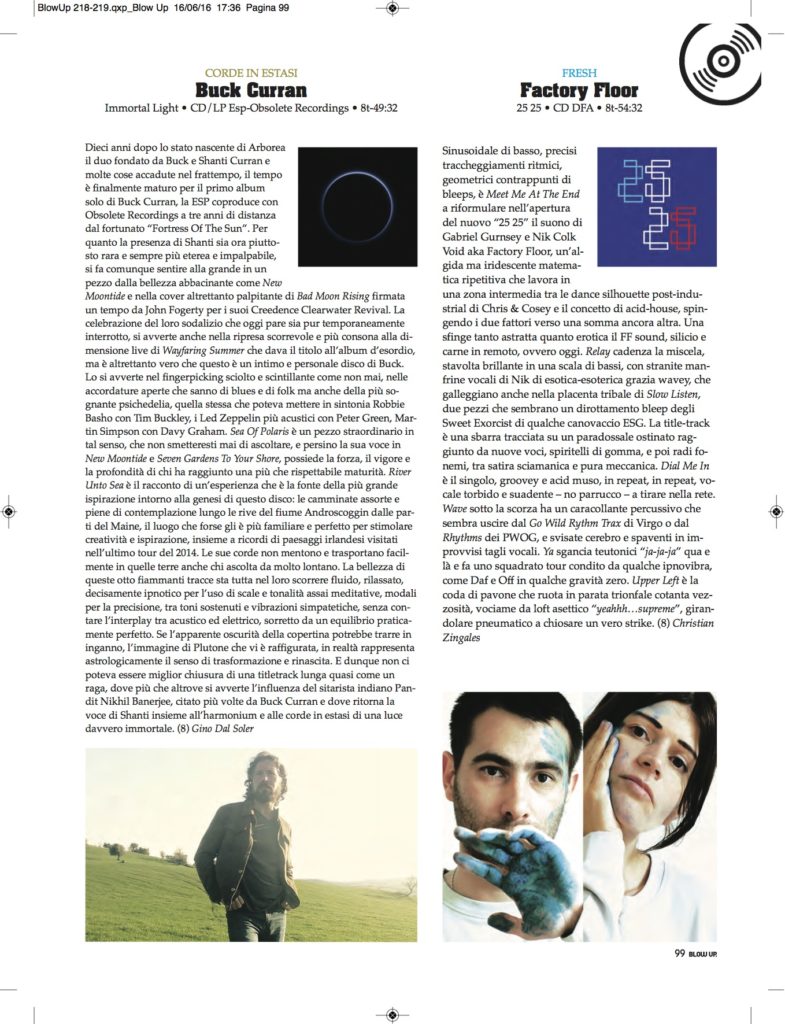 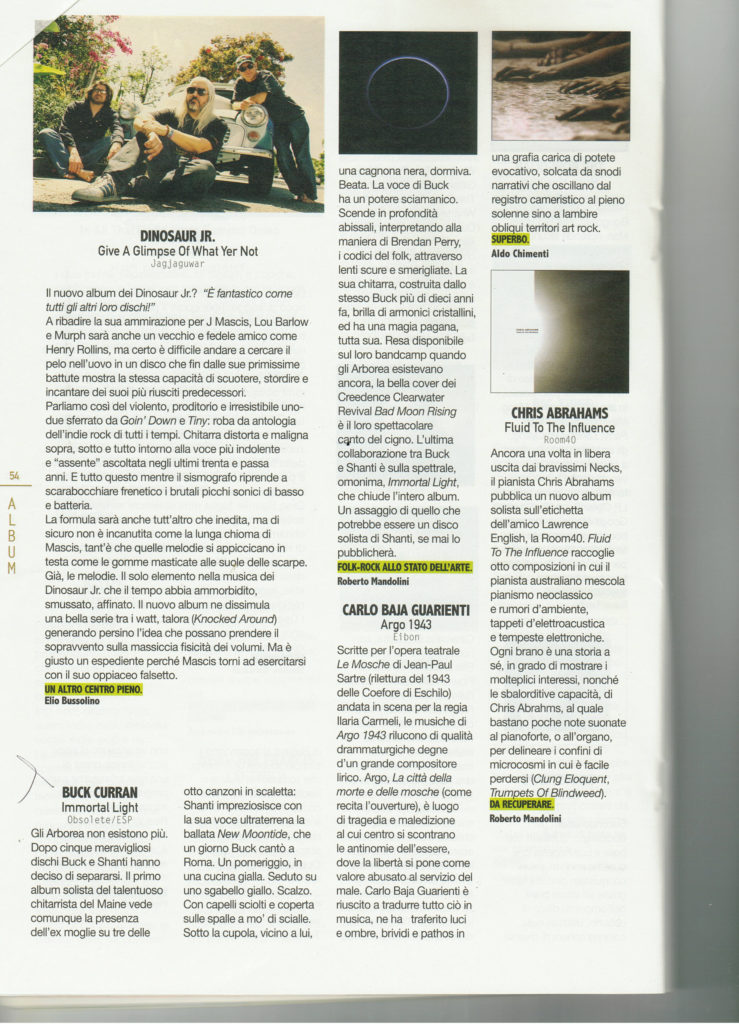