Curran’s first album under his own name invokes swarming natural forces, looking for the borderline between the real and the sublime and, maybe, the supernatural.

For those who dig their acoustic folk on the mystic side, there’s guitarist Buck Curran’s solo debut, Immortal Light. One-half of Arborea, Curran’s first album underhis own name invokes swarming natural forces, looking for the borderline between the real and the sublime and, maybe, the supernatural. On “New Moon Tide,” Curran is joined by Arborea partner Shanti Deschaine, who provides the requisite ethereal voice to help to set the course, though Curran’s guitar ably handles that task without the compass aid of lyrics. On instrumental compositions like the warm electric drone of “Andromeda” and the interlocking acoustic piece “River Unto Sea,”layered guitar parts move together in gentle consort, conjuring the drift of currents and achieving the time of no-time, of stillness within movement. In the midst, Curranand Deschaine take a striking minor-keyed turn through John Fogarty’s “Bad Moon Rising,” always a topical song in a dystopia, and perhaps one of its few real reinventions since Credence Clearwater Revival’s original. The album-concluding 13-minute title track synthesizes all: the carefully rendered acoustics, the painterly electrics, the sacred drones, Deschaine’s ethereal vocal presence (and harmonium), and–for a long moment–tangible transportation. 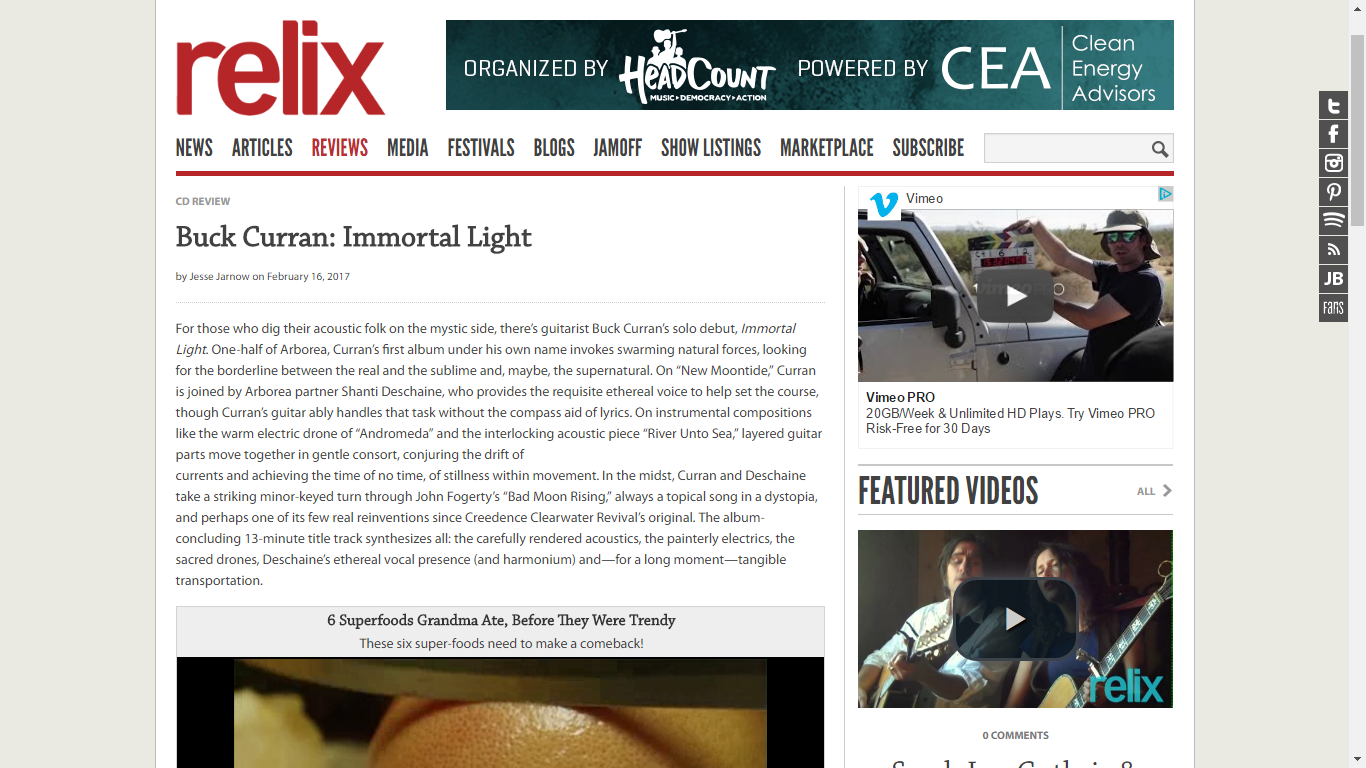